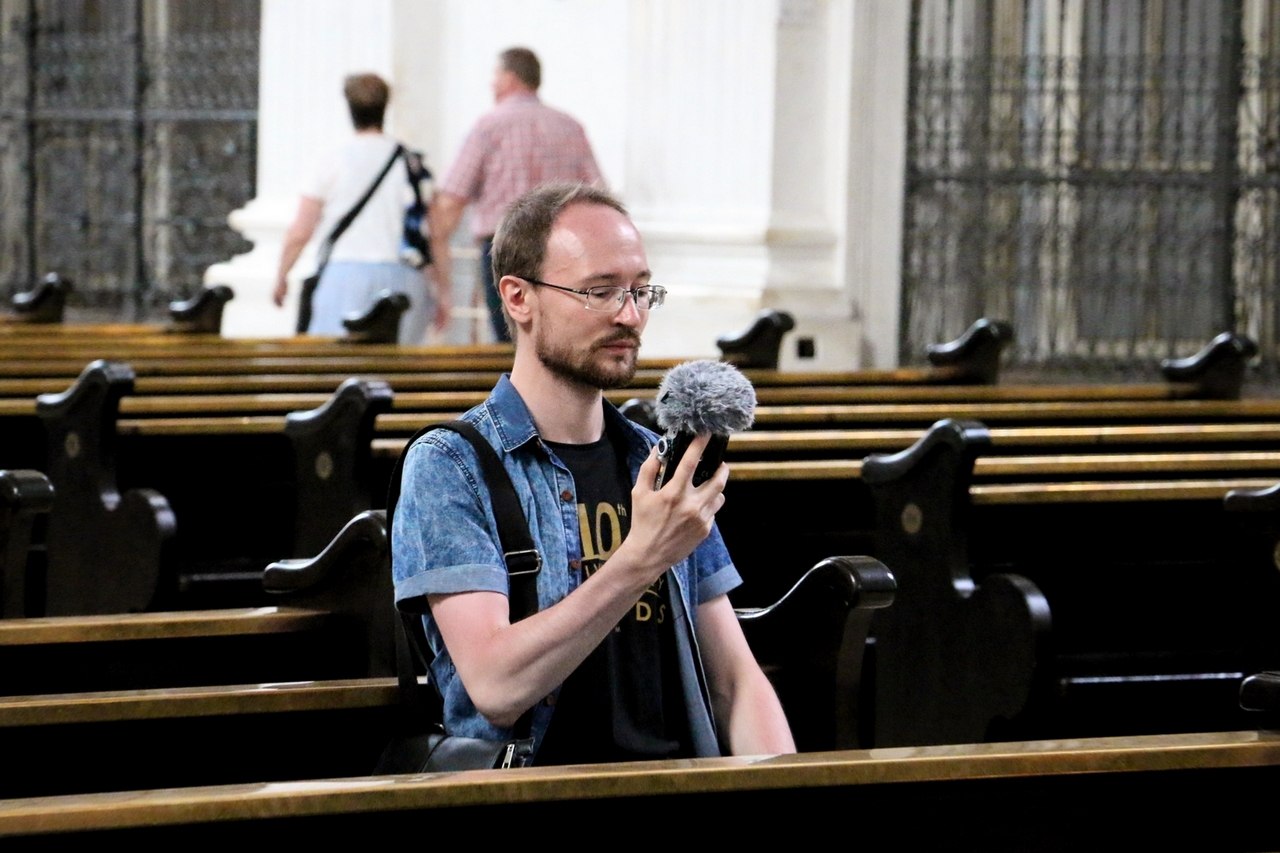 Sergey Eybog is a sound designer and music composer engaged in post-production audio for computer games and various media. He was born in a small siberian town Ust-Ilimsk, Russia on February 11th, 1981.

In 2015, Sergey won the 1st place in the Boom Library sound design contest. The next year, he was invited to work for Mail.Ru Group, one of the largest Russian multi-industrial companies specializing in technological innovations and internet services. Starting initially as a sound designer, he eventually took the role of audio lead at Owlcat Games - the studio behind the critically acclaimed computer role-playing game "Pathfinder: Kingmaker".

At the current moment, Sergey continues to work with Owlcat Games where he oversees and directs the audio production for their games. He also maintains several side projects, like "Lesser Vibes" - his own series of boutique sound effects libraries.

In his free time, Sergey often walks with a portable recorder, trying to get fresh sounds; he produces electronic music under nickname Silent Owl, studies new techniques of sound design and, of course, plays computer games.